JK Burchett is an American Pop Artist located in Fort Smith, Arkansas. He was born and raised in Dallas, Texas where from a young age he worked in acrylic with a focus on movement and expression. Briefly an art
student at Texas State University, JK Burchett graduated with a bachelor’s degree and promptly began a career as an engineer, which he incorporates into his
artistry to juxtapose control with chaos.

In 2016, JK Burchett moved to Arkansas, where he delved deeper into commercial pieces for clients. JK specializes in large portraits and murals that are bright, vibrant, and colorful. His style is greatly influenced by street art, graffiti, popular culture, and comics. 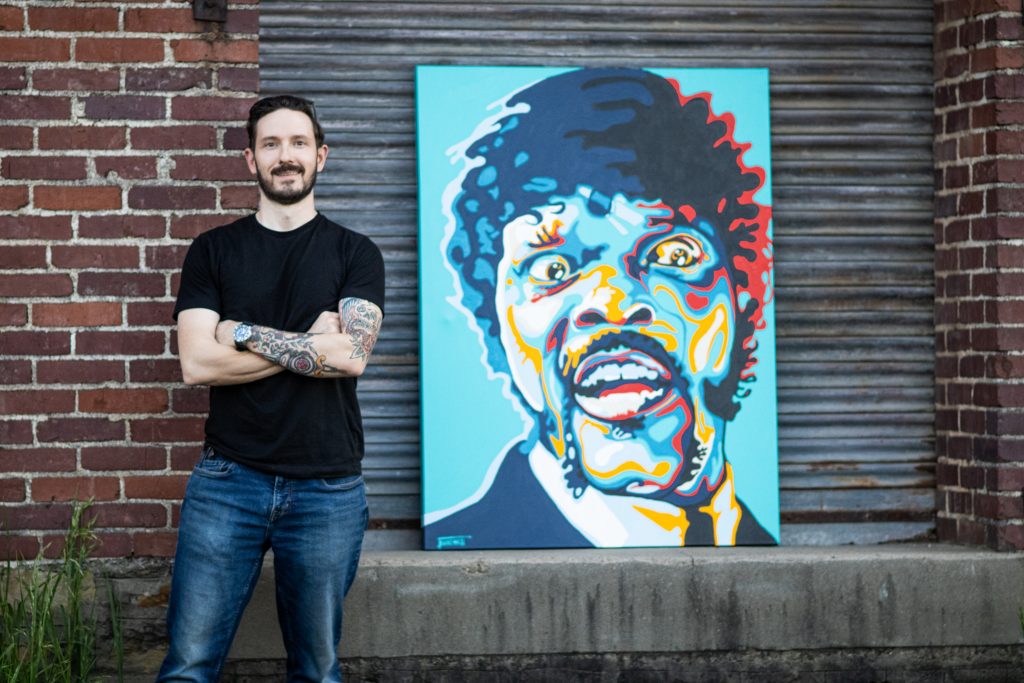